Church with Jesse Lee Peterson, Sunday, June 14, 2020: We should overcome in life. White people are afraid of offending blacks now! We talk Black Lives Matter and All Lives Matter. One young lady is “working on” her boyfriend and child’s father to save them like a mama! Biblical Question: If I was born in America, and I’m not white, am I a minority?

Have the Character of God 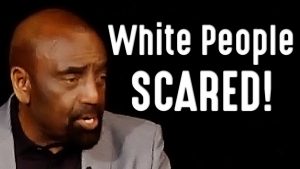 After taking a couple of initial questions, Jesse talks about life and allowing yourself to grow. When you’re born again of God, relax and grow. Churches have unfortunately taught the wrong thing. If you’ve learned the Bible, your life is not working. How do you know you’re going to heaven? But you can overcome all things. Men can become men. Women can become women. Don’t live in the past or future. Do the Silent Prayer. Doubt every thought.

(Jesse vouches for a young man Samuel who does auto-detailing. All cars matter!) Samuel says Black Lives Matter propaganda is being pushed on children early in life. Whites are scared to look at blacks now! Jesse feels like messing with them. If whites gave up America, it wouldn’t help blacks at all. It’s the character that’s the problem. When you’re given stuff, and don’t earn your way in life — that won’t help people. Under Jim Crow in the South, blacks didn’t blame whites or fight with cops. If you don’t have the character of God, you’re an empty shell.

Somebody has to start speaking up. You are protected when you have faith in God. White people, you need Jesus! Black and white!

Soon Mexicans will want blacks to bow down to them! What does that mean? “Black Lives Matter.” And?

Do all lives matter?

We don’t know if all lives matter! Does God think so? He lets you throw your life away! These sayings don’t really mean anything.

One man believes we are all part of God, including the children of the lie. He’s been married three times, a beta male a long time. He’s here with his sister.

Whites, don’t love your stuff more than God. Satan lets you suffer from within. God helps you overcome.

Regarding character, once you overcome anger, you start living a moral life. It’s nothing like what you think. He will do the rest.

One man said he went and forgave his mother, and she got defensive. So he stopped talking to her. He carries himself like he seems like he’s scared. He doesn’t feel like he has to be 100% confident. But he should not carry himself like the easy white man to rob. He’s lost friends. He’s brought friends, girlfriends, parents here. Everyone disagrees with Jesse. They thought Jesse was homophobic, transphobic. He has a girlfriend.

BLM and gays are having a march today. Next month is White History Month! Police are getting demoralized. We will have South Africa in America if this continues.

Why did blacks take the bait to take welfare and give up their families? They were made to be angry by the fake “racism” thing. Once you become angry, you can be made to do anything. When they started unions, they targeted angry blacks to start unions. Immigrant families love America, but two or three generations later, they’re not appreciative of the country and freedom. The parents are not raising them up in the right way. Don’t compare yourself with anyone.

A husband and wife talk. The man was a rebel. Should he raise his kids to be rebels? No. To the wife: Is your husband alpha or beta? She pauses and says he’s more “sigma.” She says she gives her husband a hard time and has a long way to go.

CLIP: Single Mother Trying to Save the Father and Her Boyfriend (10 mins)

James asks some of the Super Chat questions. 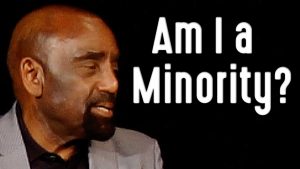 Biblical Question: If I was born in America, and I’m not white, am I a minority?

Different people give their takes. Some no longer see themselves as minorities. Others say white people don’t exist! People try to control us with words, and make you feel “low class.”

A young man in Arkansas asked Jesse this question. Growing up, he never thought of himself as a “minority.” It does the same thing as when you call yourself “African American” or “Mexican American.” It separates you from your country.

If you’re born in America, you’re not a minority. You’re an American.

Another question: Would you lay down your life for your brother? What does that mean? Would you do it for your enemy? Do you love your enemy? One man talks about critical thinking and business. Do you create thoughts? Any man who’s into thoughts is a woman.