Help Us Fight Back Against George Soros 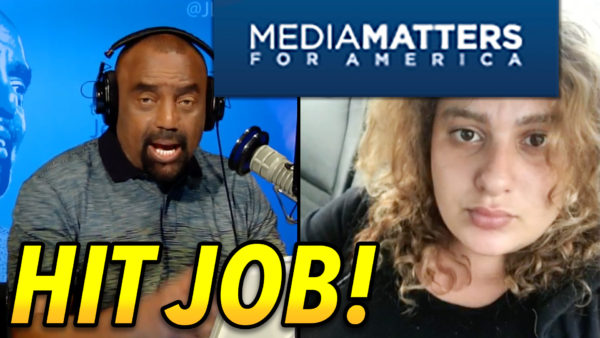 21 Sep Help Us Fight Back Against George Soros

Media Matters for America, a left-wing, anti-American, anti-God organization funded by George Soros and others, has done another hit piece on me.

This time they’re calling me a “racist” and “white supremacist.” No, I’m not kidding!

Media Matters posted a blog on September 5th by Madeline Peltz and Talia Lavin (who has been a guest on my radio show in the past), titled “YouTube Banned Alex Jones, But It’s Letting White Supremacist Content Thrive.”

The blog claims that we are “profiting off hateful content.”

Media Matters claims that our videos “…appear to violate YouTube’s policy against ‘content that ‘promotes violence against or has the primary purpose of inciting hatred against’ protected classes’ — including LGBTQ individuals, Jewish people, African-Americans, and other racial minorities.”

Media Matters is lying about our videos “promoting violence… or inciting hatred…” Anyone who watches The Fallen State or our other videos knows that the OPPOSITE is true–we urge people to give up hate–to forgive–every day!

“I want to thank you. You really helped me overcome anger.”

“I’m thankful to God for using you to speak the truth.”

“I just wanted to let everybody know I forgave my mother a couple of weeks ago, and it completely changed my life.’

“I really don’t have any anger. I sleep good at night now. I’ve been listening to you constantly for about three years now, and you’ve really, really helped me change my life around.”

In a recent letter to many of you, I warned you that the social media giants are quickly censoring pro-men, pro-white, pro-traditional family and pro-America viewpoints, and even removing content providers!

Major technology companies including Apple, Facebook, and YouTube have deleted years of content from Alex Jones and his Infowars site over allegations of “hate” speech. This action has sent shockwaves through the pro-freedom movement, and is a chilling development.

And I warned it would not stop with Alex Jones. It hasn’t. A number of other providers have been banned by big social media.

This is at a time where our message is exploding across the world through many channels, including The Fallen State TV show, our Jesse Lee Peterson (Radio) Show, individual and family counseling, men’s and women’s forums, Church (via YouTube), special events such as our recent 9th Annual Men’s Conference, and something I’m most proud of–our BOND Entrepreneur Academy. This is what is worrying the anti-America, anti-God crowd–we are reaching the hearts and minds of black Americans–scaring the overseers who are working furiously to keep them angry and on the Democrat plantation. And we’re helping all Americans–men and women of every race–to find forgiveness and go free!

I cannot overstate the importance of keeping our voice alive worldwide. No other organization I am aware of with an international scope is doing this work, pointing the way so clearly to the freedom of forgiveness!

We are building our BOND Entrepreneur Academy into a prized resource for young business owners, and building up our key resources such as our individual and family counseling (available worldwide) and other services and events, and of course, our worldwide media platform.

Would you make a donation today to help us continue to spread our mission worldwide, and fight back against evil George Soros and Media Matters of America?

Anything you can give will help, but a gift of $10, $20, $50, $100, $1,000, or more will help BOND transform the hearts of many more men and their families worldwide, and give us the ability to stand against those who wish to stop our message.

Or become a BOND Friends of Fathers & Families Member by making a monthly donation of from $6 to $99.

Thank you for your friendship and support, and God bless,