Church with Jesse Lee Peterson, Sunday, Feb 23, 2020 (NOTE: We re-uploaded the full video recording; we had live video stream issues today.) — Several newcomers joined us today, including longtime radio show caller Chris from Costa Rica! At one point, Jesse said that mothers should be sent to jail for the wrong things they do to their children! — when Jesse becomes president! (This was tongue-in-cheek, but his point stands!)

Anyone with anger cannot be trusted. James Hake tells the story of a young man who called to apologize today on his show after an angry incident a week or two ago. Sometimes you may think that you have forgiven your mother and father, but you find yourself lashing out and judging others.

One man said that he has been “born again” for some time, yet he is afraid to deal honestly with his mother who wants to move close to him and his adult sister. Jesse urges him not to believe that he is or isn’t born again if he does not know — pointing out that if he were born again, he would not fear his mother.

A couple of young ladies who attend regularly appeared on a TV show — they weren’t “too holy” to appear with their own personalities. One lady talked about hypnosis and her avoiding being hypnotized by a hypnotist. But Jesse pointed out that we all are hypnotized when we have anger, until we are born again of God.

Jesse answered his Biblical Question: Is it right to make it or be? It’s right to be. But you cannot make yourself just be. Salvation is from God. 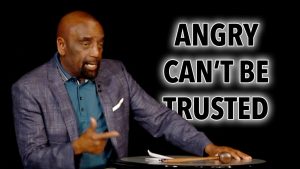 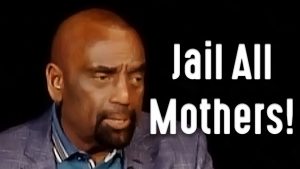