Biblical Question: How do you know you have faith in God? Overcome words, stop overreacting, and stay with the Silent Prayer.

Church with Jesse Lee Peterson, Sunday, May 30, 2021: Overcome words; do not be controlled by words like “racism” or “critical race theory.” Biblical Question: How do you know you have faith in God? One man still listens to his thoughts, and it’s affecting his marriage and family. Stay with the Silent Prayer. We already know the truth; we don’t need experts. Stop overreacting, and you’ll see that God is with you.

New Biblical Question: Does the scripture say to hunger and thirst after Jesus?

In closing, stop hiding the ego; it’s not you; it’ll die.

ANNOUNCEMENTS: Monthly Men’s Forum this Thursday, and annual Men’s Conference August 14 in Orlando, FL — both for men only. Church the next day for everybody! rebuildingtheman.com/events

Tomorrow is Memorial Day. The office will be closed, although we will have the radio show.

11:04 A first-time visitor recounts forgiving his mother. He naturally always forgave his father, understanding his situation.

11:07 Another young man points out how young people have so much anger. He saw teen girls on the train talking about jumping some b-word and gang-banging. He gave them a coin with the Ten Commandments on it as he walked off the train.

11:08 Jesse talks about how words are being used to control people. Whites became afraid of the word “racism,” and blacks use it for free stuff, affirmative action, and all that. Now they call it “Critical Race Theory” — which a young man says is anti-white propaganda. They use this racism thing to control blacks and intimidate whites. Patrisse Cullors is using it for power and personal gain. You should not be moved by words at all. Overcome them. Once you’re born again of God, you cannot identify with words or culture. That’s weak — empty words, no meaning.

Biblical Question: How do you know you have faith in God?

11:17 Biblical Question: How do you know you have faith in God? A man answers this question, saying he has a lot less fear now, but has a fear that he calls caution. Another man, after his brother was shot and killed, talks about his faith in God. A third man has noticed his life changed for the better as he started facing his fears, since coming here. Francisco, Ermias, Mary, and Bigg Bump (Derrick) also answer, along with other men.

A man listens to his thoughts

11:27 One man Nate says he still listens to the voice inside his head. He was raised Christian, so he says he’s very judgmental all the time. He feels his Silent Prayer is just daydreaming about his job, or getting into some other thoughts; he also feels very anxious. He says he gives in to his ego. In response to Jesse suggesting he’s not ready yet, he does not want to accept the idea he’s not ready. His mother was a wicked woman, too much for his father, who died at 45. And now this man Nate is 45.

Jesse encourages this man that the fact he’s aware of it, it can be overcome; God will take care of it. The man asks about lust. God gives you the power not to give into it. God turns the heart from stone to love, and in love all things are possible. Even if you give into it, you do not judge it, because you know you do not have control over it. Anyone living in their imagination has no peace.

11:35 While talking about his struggle with trying to overcome wrong things by will power, the man reiterates how Christianity messed up his thinking. After saying his mother’s spirit is in him, he says his mother will not talk to him. So he says he could only email her saying he’s not angry — but he is angry still. His wife would not take his daughter to the Women’s Forum, and he blamed himself for not being the leader. He says he has to stop having sex with her, because he worships women, caving to lust.

God is with you. Just relax. Stay with the Silent Prayer. Be patient.

Back to the Biblical Question

Doug says he has faith in God, because he no longer goes with anger. Jesse goes back to Nate to say not to get high or anything. Doug sometimes gets caught up with his thoughts, but snaps out of it pretty quickly, to be aware of it. He does not analyze things that just happened.

11:46 Nick says he has faith in God, because of the separation between him and the world. After Jesse responds, Nick also says he has hope for America.

11:49 Jesse then asks a young lady (who sounds like Ricky Ricardo with her accent) if she has faith in God. At first she said she was going to say no. So Jesse jokes: That would have been the truth! She compares herself with others, and sometimes feels like a “lost case,” not able to reach salvation. She says she was never really a slut (promiscuous), but was judgmental.

Stay with the prayer

11:55 Jesse remarks on a young lady who’s been attending recently. She’s not doing the Silent Prayer every morning, but sometimes in the middle of the day. God said to get up early and pray.

11:59 Another young woman says she’s waiting to talk with her mother until she can go see her in-person. She’s not doing the prayer every day and night. She’s a workaholic, her friend says. Jesse got up one night this week at 2AM to take a friend to the hospital, but still got up at 3 AM to pray. Seek first the Kingdom of God. Put Him first.

Earrings on a man

12:04 In a funny moment, Jesse remarks on the earrings (plugs) on a man who commented on the Biblical Question. The man says they’re coming out this fall, as part of a school dress code. He has been thinking recently.

We already know the truth 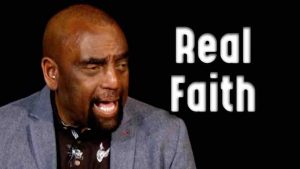 12:06 After Samuel talks, Jesse says (in response to the Biblical Question) we already know the truth. But experts want to make you think you don’t know the truth. Chrsitianity is so watered down and intellectual. The same people who believe in the Bible disagree with the Bible where God (and Christ) said to be perfect, be holy. The phony Christians say wait until you die. Who wants to wait until you die? You can have peace while you live. The earth is messed up! You can’t trust anyone.

12:08 A young man (the “illegal Mexican” with crutches) asks about when people ask if he’s accepted Jesus into his heart. Think of the number of Christians who’ve “accepted Christ into their heart” who hate one another and have anger. Jesse tells him to give them the finger, hop on your cane and move on.

12:11 Jesse talks to Chris, his expert. He “had to yell at Chris” this week, but Chris answered so perfectly. It’s in all of us; God is with us. Forgive so we can return to him.

Also as an answer to the Biblical Question, when you stop overreacting to things, you will see that God is with you. Allow yourself to go through the issues.

12:15 Jesse retells the story of Jesus sleeping in the boat as the wind and waves buffeted the boat. The disciples who pretended to believe in God overreacted; they had no faith.

It does not mean you’re weak. God loves us and will take care of us. Jesse’s been name-called for 31 years. It’s just words.

12:20 After Francisco talks, Jesse encourages people: Just relax. He reiterates to Nate, the fact he sees the issue means he’s growing. God is changing you; one day you will take the ego change. Do not give up.

Stay with the Silent Prayer

12:28 Jesse urges people: Stay with the Silent Prayer, morning and night. The fact you can see, you’ll be fine. Don’t let Satan talk you out of it. God is with you. Don’t judge yourself on things you’re doing; it’s of the heart.

12:30 A man talks about his experience with the Silent Prayer, relating to Nate. He visualizes things in his head while praying. So Jesse says you don’t want to concentrate on anything. Don’t even judge the amount of time you pray. You’re letting go, the ego is dying, and Satan wants you not to be still and know God.

12:35 Don’t try to prove yourself to anyone. If you don’t speak up, it’s okay — let it pass. It’ll come around again. You want to become dispassionate; the world is a passionate place now. Jesse recounts seeing “Princess Harry” who went to a woman who make him hug and pat himself. He’s listening to these women as his wife messes up his family life. A so-called Christian dating coach woman gave out bad advice on radio this week. Turn away from the world, and live from within.

12:37  Stop hiding the ego; it’ll die. Jesse answers Victoria’s question about this. Allow yourself to feel the fear or stress, but don’t give in to it, and take care of your business. She finds her ego manifests in silence at times, in retreating. She mentions a memorable situation at a recent Women’s Forum. Whenever you hold anger against your fellow man, apologize for your anger. The problem is with you, and not them. She feels it’s sneakier than it used to be — her self-righteousness.

Realize it’s not you; it’s changing. The spirit of love is greater than the spirit of hate, or ego.

12:44 She asks about people who see they’re wrong but continue to do it. Sometimes people can’t help themselves. The fact you see it, it’s changing. We got into evil old habits in our fallen state. You now have the power of the Holy Spirit to change it; Christ is with you; God is with you. Don’t let Satan tell you it’s not working.

Don’t hold anything against anyone for any reason. We’re all born in sin. That way you’ll be the light of the world, the love in the world. We need love.

We have our Men’s Forum this Thursday, and Men’s Conference in August!