Silent Prayer is not the “third eye”! Forgive weak fathers. Men are letting women be their god. Biblical Question: Are human beings able to forgive?

Church with Jesse Lee Peterson, Father’s Day, June 20, 2021: The Silent Prayer is not about any “third eye,” but the Spirit. The world’s gone crazy: “Juneteenth” is not a valid holiday. We then talk about being born again, forgiving parents who’ve died, and not being moved by words. A young black man talks about seeing his father’s weakness; his younger brother talks about forsaking prayer for a woman. Can you be rich and a son of God? One father with young children wants to get involved with another woman, but knows it’s wrong.

Finally, we answer the Biblical Question: Are human beings able to forgive? We also answer several other brief questions, and introduce the new Biblical Question: What does the intellect look like, and what is its purpose? Jesse closes with fatherly advice about seeking first the kingdom of God, and encourages men to join us for the Men’s Conference. https://rebuildingtheman.com/events

Ermias asks about holding onto things, such as memories of things 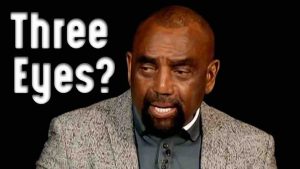 11:15 Jesse then clears up rumors and gossip about what people call the “third eye.” One man says it’s the pineal gland, which he says gets crystalized when you drink sodium fluoride or something. Jesse tells people during the Silent Prayer to look at the thoughts going by the center of your forehead. But many, including some at the Women’s Forum, falsely assumed he’s talking about a “third eye.” God is the Light, love, Spirit — Satan is in the mind. People are influenced by what they hear, and Satan makes up connections that aren’t there.

A few other people talk about what they’d heard or learned in the past about the so-called “third eye.”

11:31 Jesse talks with the people about the so-called holiday called “Juneteenth.” He compares it to people thinking their flight was an hour later than it really was, and they missed it. The world has gone crazy.

Jesse recounts watching a documentary of misguided black activism from the 1960s. Throughout all the years, blacks have been blaming white people. So evil has taken over!

They took down statues of men who made the country great, and in New Jersey put up one of an unemployed drug addict George Floyd!

11:40 Jesse talks with a young lady asking about being born again. Salvation is of the heart; God changes the heart from hatred to love. People judge themselves over the stuff they do wrong, but it drags them down deeper into those things.

11:45 A man asks how one should forgive parents who’ve passed or whom you don’t know. Get to know yourself, and that will cause you to forgive them, since they’re dead. He’s doing the Silent Prayer every day. Now his emotions have calmed down.

Jesse recounts a caller on his radio show who didn’t want to hear Jesse say “she dead” about his mother who died. He didn’t want to tell Jesse that she died, because he was so connected to her that he fell into the false idea of “respecting the dead.” But if he overcomes his emotions, he’d see it is what it is, and it’s no big deal. A politician had to apologize after backlash from “politically correct” people for using the word “retarded.” You’re supposed to overcome words.

11:53 A man asks about arranged marriages, which Jesse at first confuses with polygamy.

11:57 Another young man talks about his father’s weakness, and not wanting to put his youngest brother out of his home. This man and his brother Joel (a different Joel from Joel Friday) share the same place.

Joel (not Joel Friday) talks at-length about falling away from the Silent Prayer once he gets with a girl. He’s 25. He’s even spent his money on a girlfriend in the past — pleasing his god rather than the real God.

12:21 Jesse tells a man who asked: You want to overcome passion. He had described being more disconnected, less passionate, not hyped about vacations, and not upset about a chipped windshield.

Can you be rich and a son of God?

The man’s 12-year-old daughter then talks about a prior man’s question whether you can be a son of God and be rich. Jesse also comments on it.

A father wants to get with another woman

12:23 Another father talks about overcoming issues in life. But now he is starting to get with a woman, even though he has a 12-year-old son living with him. Jesse warns him it’s a bad idea. Cancel the dates! Don’t go online looking for a woman. Asked whether he does the Silent Prayer, he starts his answer with the phrase, “You know what…?” Laughter erupts. Jesse highly recommends he stay with the Silent Prayer no matter what, and let the woman go completely. Your kids need your attention. Jesse tells him he looks like the rich young ruler.

12:38 Jesse tells him: You’re being tempted. Either you’re going to put God first or not.

12:40 Jesse asks Chris and others his Biblical Question last week: Are human beings able to forgive?

12:44 Jesse answers it as well: No, human beings are not able to forgive. Of yourself you can do nothing. And of yourself you know nothing. When you go and forgive your parents, you are apologizing for resenting. In that situation, God is forgiving you.

12:54 After answering a few more questions from YouTube Super Chats and people in-person, Jesse asks his new Biblical Question: What does the intellect look like and what is its purpose?

Jesse closes with his “fatherly advice”: Go and forgive, father and mother. Do the Silent Prayer. Doubt every thought!

Make sure you buy your tickets to the Men’s Conference! For men only! https://rebuildingtheman.com/events