You Can Make It!

At Church, Jesse urged people to save 10-percent of their income, because many people think they can’t make it in life — but you can! As Christ said, consider the birds who have no worries. Neither should you. One young woman spoke up who’s afraid to face her mother to forgive her; this young lady is nice, which is not good. 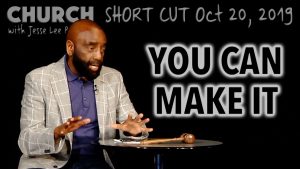 Watch clip: You Can Make It in Life: Save Your Money and Don’t Worry (17 mins)

Jesse recently saw a video of his late friend George Putnam, a newscaster and radio host who was not afraid of phony sexual harassment accusations. In a video titled Perversion for Profit, he warned the people about the coming problems with the spread of pornography. Now guys can get it on their cell phones! 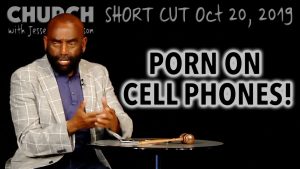 Elijah Cummings died. He was supposed to be a Civil Rights leader. President Trump tweeted condolences to him. But can we just be honest? He was evil! Ding Dong the witch is dead! Let the dead bury the dead, as Jesus said. When you’re not awake, you’re dead. Don’t pretend Satan’s children are good. (Jesse’s been taking notes on his diet. Yikes!) 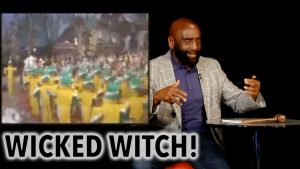 A father joined us with his son who listens to Jesse. The son wanted his father to lead his mother; the husband should be the head of his wife. The older man’s mother was “good,” some think a Catholic “saint,” but she turned him away from his drinking father. Now his son resents his parents because they gave him ADHD and antidepressant medication, falsely trusting the doctors. He was also bullied as a kid, but wouldn’t tell his dad. Forgive your mothers and return to your fathers! 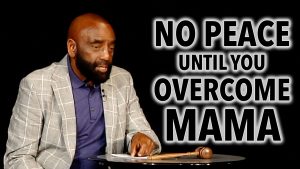 Others tell about talking with their fathers. One single mother was keeping her “baby’s dad” from their son, because she said he’d been violent with her. But he loves his son, just as she does!

Watch 4-minute clip: Your Father Doesn’t Have To Say “I Love You”

After discussing other things, Jesse asked people: What is the benefit to those subject to passion? Some said it’s only good for making babies!

We also discussed the question: What do you care about?