Church with Jesse Lee Peterson, Sunday, August 9, 2020 – TOPICS: Stories of forgiving parents (or not!). What it means to honor your father and mother. The destruction caused by mothers and her spirit in you — in all cultures. Mean lesbians. Having faith in difficult times. Don’t listen to experts; you’re smarter than them. Life is simple when you see. Forgiveness is the answer. You cannot love your parents without it. Biblical Question: What does it mean to be yourself? New Biblical Q: Is there one thing in life that you take seriously?

First, Raymond points out that George Floyd was high on drugs and resisting arrest. They lied to us.

A young man who forgave his parents and who called-in on Friday (funny call!) about forgiving his mother — he talks about forgiving his father. In his mind, he thought his father would be harder to confront than his mother. But it’s the opposite. His dad was hard on him as a kid, and let his mother let him stay living at their home even while he was in his late 20s. Move out soon!

Wesley, a first-time visitor, moved to L.A. two years ago to do the Hollywood thing, and got into marijuana. He feels he’s dishonored his parents by moving away from them from Ft. Lauderdale, Florida; he wants to move back close to them to honor them. Jesse corrects his misunderstanding on this. He feels that when his mother traumatized him, she took his land from him — which Jesse has never heard. He feels that he’s been running, and has never known home. He was into a lot of bad stuff back there.

What you’re looking for is inside you. Wherever you are, you’ll have perfect peace.

The Destruction Caused by Women in Families 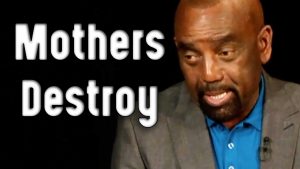 A young woman agrees and is not surprised by the evil and destruction caused by women in families — because they are emotional and not rational. She says her parents are great, but has a problem with her in-laws. She’s from Jordan. They want to break her up with her husband, their son/brother. She thinks she used to love them to death, until they did this to her. Be straight up with the mother-in-law, that she’s evil. Once you have perfect love, you’re not afraid of anybody at any time.

Jesse tells a story of talking with a homosexual at the “doctor” for his car’s “annual checkup.” The guy got mad, and really mad when Jesse put on a Trump facemask. But then he was firm and straightforward, and the guy apologized later. Radical lesbians are really mean. The homosexuals are meaner than the women. Jesse then gets back to the Jordanian lady and wraps up.

After a brief call, another man comments on the culture in Lebanon, which is similar to Syria and Jordan. He calls it a “huge mama culture” over there, whereas on the surface it appears traditional. His American mother also tried to be the matriarch. He forgave them a year ago after listening to Jesse.

Diana from San Diego, CA, says her roommate is bipolar and lesbian and has been off her meds since May. Give her one month to move out! You can’t take that risk!

(Women around the world are all the same, Mark points out!)

Having Faith in Difficult Times

Garrick from Memphis, TN, asks how to have faith in these times. Some of the ladies respond, as well as a first-timer named John, and another man who’s been attending Church lately. He admits he has anger as well as fear of going and forgiving. Jesse points out the liars in the world using us, not loving us.

(A man talks briefly about moving in with someone to be able to afford more than you need.) 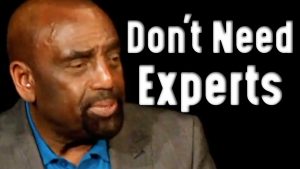 Jesse talks about thinking for yourself and not listening to experts. Preachers also turn you into an intellectual nutcase. People with degrees think they alone know what’s right — yet they don’t know anything! There’s a right way to teach, but they’re just filling your ego, and making you think you’re important. Jesse wants you to think for yourself. Go to God; he will guide you in all things. Don’t hold onto the information. He says this with regard to the covid shutdowns and medication. They only want one point of view, and will shut you down if you disagree.

Forgiveness solves the problem, not medicine.

A man talks about Matthew 5, in which Jesus told people to go and reconcile with their brother before offering a sacrifice. He also talks about when Jesus said, Blessed are the peacemakers, for they will be sons of God. You cannot love your parents unless you forgive. Jesse points out that people who are into the Bible don’t even believe the truth of what it says anyway. Jesse and Joel talk about the simplicity of life. Stay out of your head, you can never doubt. Jesse gives a scenario of a wife doubting and accusing her husband.

(Jesse jokes with Joel and Esteban.) A man asks about people being able to see. Parents have to be perfect, so that they can guide their kids. One guy says that he can see alternate dimensions and dead people. He says that he leaves his body. Jesse urges him to overcome his anger, and not to leave his body.

Jesse gets a little feedback from Brent. He has not checked out the Silent Prayer.

Joseph from Vermont forgave his mother when he was still smoking pot. But he doesn’t think he really forgave her. You should be aware of what you’re doing. Do it all over again, not high.

A first-time visitor named “Young Gen” (not sure of spelling) initially disagrees about the relationship between parent and son or daughter. He doesn’t see that the mother is evil.

Biblical Question: Being Yourself? 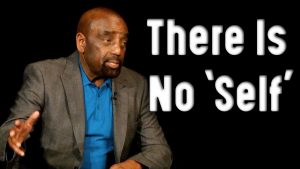 CLIP: What Does It Mean to Be Yourself? (7 mins)

Biblical Question: What does it mean to be yourself? There is no self. Nick gives the right answer. You’re either led by God or by Satan.

Do the Silent Prayer. Speak up but don’t resent.

New Biblical Question: Is there one thing in life that you take seriously? Jesse asks Chris, his social media guy.