(Premiere on BOND YouTube) Sunday Service, October 11, 2009: Jesse Lee Peterson asks people whether they are blessed or cursed. Some think they’re blessed, although at times they feel cursed. As Jesse always says, it’s a spiritual battle — it’s not physical, and it’s not personal. 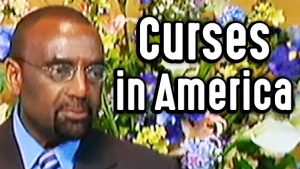 Jesse Lee Peterson urges people to recognize and be aware of what’s going on, calling things what they are. He has a lady read a passage starting from Deuteronomy 28: 15 and on.

Different men and women talk about the curses happening in the United States of America. We touch on the issues of moral decline in marriage and families, homelessness, drug addiction, mental illness, economic weakness, immigration problems, lawlessness, drought and disease. There’s intentional distraction to keep you from solving the problems. Evil is doing its job, and the people of darkness are doing all they can see to do. But it’s time for the children of God to be conscious, say no, live and show the right way.

Jesse urges people to be in a state of stillness, so that Satan cannot continue to beat them. 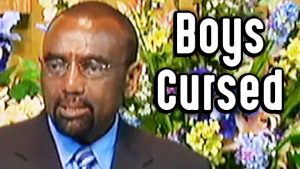 CLIP: Emasculation of Boys Is a Curse (15 mins)

Jesse reads Deuteronomy 28: 18 in the Bible, and points out ways that children today are cursed with bad parents, attitude and behavior. The emasculation of boys, diminishing manhood, the image of God, is a curse as well. Deuteronomy 28: 24 talks about the land being cursed. An example of that is Detroit, Michigan, which has been destroyed when the people turned away from God. 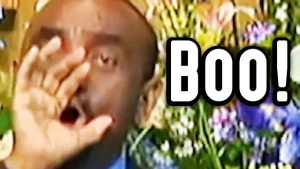 Jesse recounts his participation at a political event, in which he was the only one for what’s right. So he’d wait until the crowd finished their applause and then shout, “Boo!” And people freaked out, unable to stand one man who thinks for himself. Children of God cannot have fear, but should stand on truth. But you must have insight, wisdom, and not “speaking up” just out of ego and craziness. It’s not about race, not about male or female, but about good versus evil. 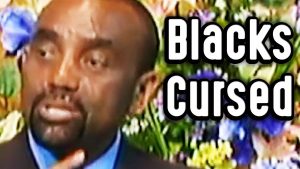 Jesse warns everyone about the evil and immorality affecting the black community, which is also spreading among white and Hispanic Americans. Woe be unto those who call good evil and evil good.