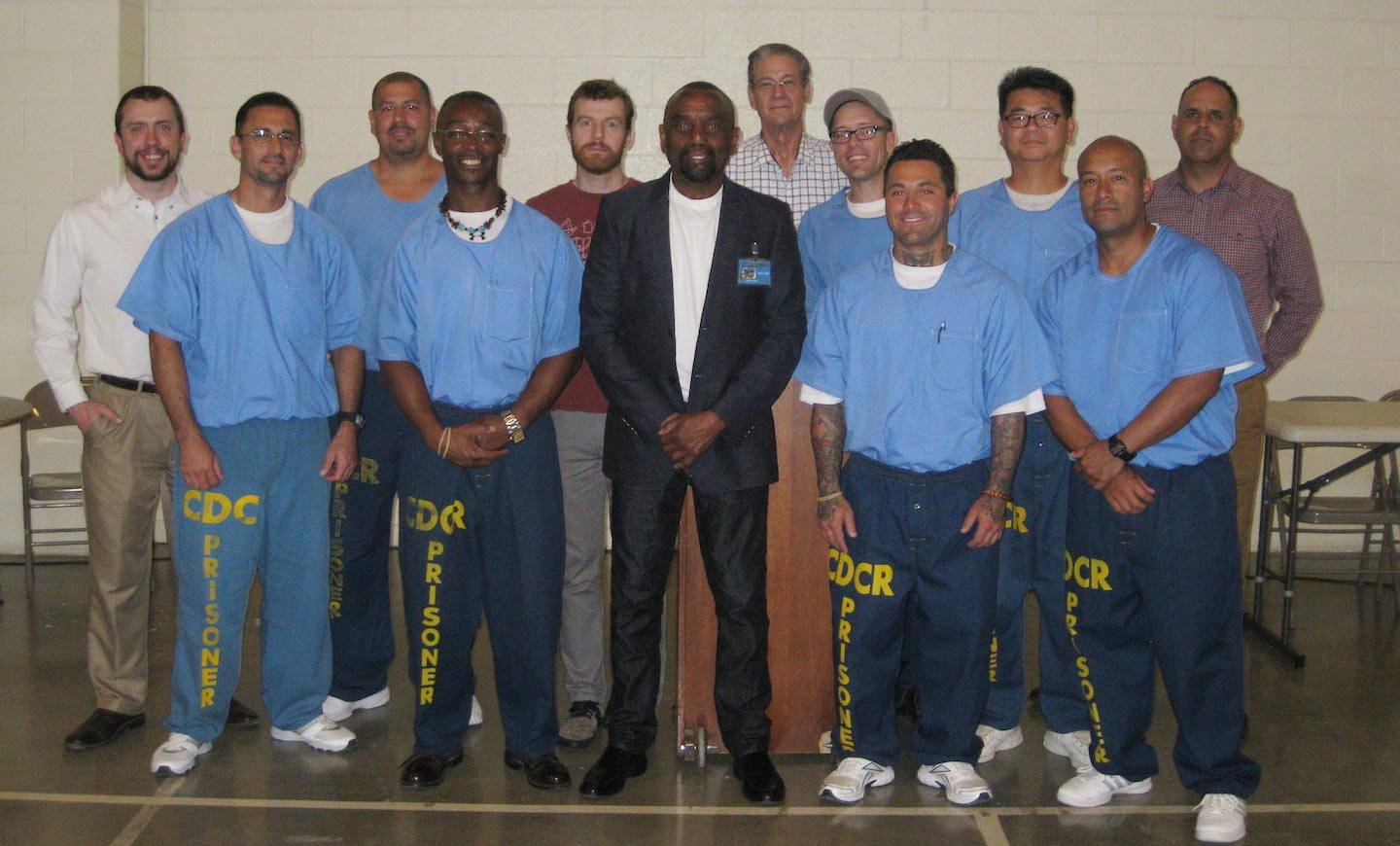 I recently talked to several audiences in northern California on my “Rebuilding the Man Tour.” God was with us. (Thank you to Madera County Supervisor Rick Farinelli and his staff for making the events possible.)

At a juvenile detention center, I spoke with boys who went through hell at home – most raised without fathers by drug-addicted mothers, all starved for their fathers’ love. Children need their parents – good parents – like adults need God.

I spoke at Valley State Prison to about 150 inmates, a number serving life for murder. They too held resentment toward their parents – especially their mothers. Trapped in guilt and anger, most hungered for truth; many lined up afterward to ask questions and tell their stories.

A young black man confessed his hatred for his mother. I said he should tell his mother that he resented her and apologize for hating her. He expressed apprehension about his mother’s reaction. I said not to worry. Christ said: “Forgive, and ye shall be forgiven” (Luke 6:37). Anger destroys you and separates you from God.

The pastor of Valley West Christian Center allowed me to engage his audience. Many Christians spoke about their families in disarray. A 22-year-old minister admitted his resentment and need to forgive his mother.

An older Hispanic woman warned a younger white woman who was consumed with hatred toward her children’s father. The older woman grew up in an angry home; her mother hated her father. Her kids became drug addicts. She came to church angry that night but, after hearing about forgiveness, would apologize to her daughter.

I received a letter from a prison inmate describing his talk with his mother:

Thank you for the incredible light-shedding talk you gave here. It was powerful, bond-breaking, and earthshaking.

My mom mentioned her mom, who is 96, and that she may not last much longer and what her final wishes are. I said, “Well mom, if I may ask, what are your final wishes?” (She has been battling cancer, winning at the moment.) She told us where she wanted to be buried, etc. Then I said, “Well mom, this Rev. Jesse Lee Peterson came Thursday night and he was speaking about forgiving our parents. I have a few things to say to you. I do not want to put you down or disrespect you in any way. I do want to express to you how I felt as a child. You hurt me badly. You would not let me go to the zoo with the rest of the family, Great America, family events; you wouldn’t let me go to my own brother’s wedding. You punished me because of your anger toward my dad, you took things from me I valued, a Bible that was KJV, a bracelet a girl gave me, a sound track cassette tape. You would not allow me to do anything. I hated you. I didn’t want anything to do with you. After you sent me to my dad’s house, I wouldn’t even talk to you. I didn’t want to talk to you. Dad would make me talk to you. The anger, pain and hatred from you boiled, transferred over onto that fateful night that led to my imprisonment 17 years ago.” (I also told her how she had to forgive my dad and her parents!)

“I want you to know how I felt as a child. I also want to tell you I am sorry for hating you, hurting you, for my part. I am sorry for hating you, Mom, but I did hate you. I couldn’t stand you, and it took me years and years to forgive you, but I do. I am sorry for the way I behaved, for my part in making things worse. I can’t imagine what it was like for you as a single mom. You did give me food, shelter. You did a lot for me as a kid. I had something against you I had to let go of it to be free of it.” ….

My sister said a few things, and we all three cried, and they thanked me for bringing it up so we could overcome it. So now, I thank you, Sir. May God bless your efforts. Your message touched all three of us.

To repent, be honest about the anger in your heart. Christ made it possible reconcile with the Father. Mothers should apologize to their children for turning them away from their fathers. Fathers should apologize for not being there in the right way. Children should forgive parents, and enter into the Kingdom of Heaven within, living from God’s love with perfect peace.