Are you afraid of dying? “Dying” is just a word. Did you forgive your mother? What the demons look like: Thoughts, emotions, gossip, judgment.

Church with Jesse Lee Peterson, Sunday, July 31, 2022: A man brings his Dutch wife for the first time. Another newcomer has not forgiven his “Superwoman” mother or late father. // Why are you afraid of dying, or not afraid? The world’s “experts” use words like death to control you through emotional reaction. // Biblical Question: Do you believe that there are demons? They are every thought about your life that you get. // New Biblical Question: Which is easier to deal with: the accuser outside of you or the accuser inside of you? //

CLIP 1: Are You Afraid of Death? You’ve Been Manipulated with Words. (7 min) 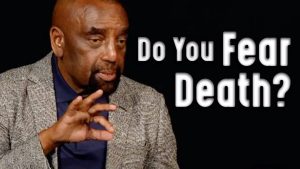 JLP makes the point that Satan’s experts try to control you with emotional language. 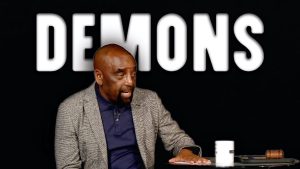 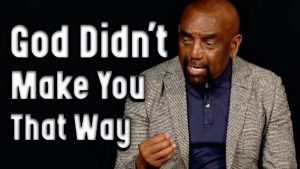 11:00 AM US PDT We start streaming just after the top of the hour.

11:03 Jesse starts by welcoming a couple who married four months ago. The wife says she obeys her husband when she thinks he’s doing what God wants. He agrees with Jesse about not doing online dating — he’s joined us before.

11:07 Jesse mentions a TV show that deals with “catfishing” — online dating scams. A woman dated a man online for years, and she used a photo of some other woman.

Man who has not yet faced and forgiven his parents

11:11 A friend of Troy also joins us. He hasn’t dealt with his father and mother; his father’s funeral will be his next time visiting his family. They cloud over real serious conversations, and just try to have a good, laughing time, he says. He feels his father was selfish; but he never addressed him on it up-front.

Jesse explains that his father yelled at this man’s mother because she was difficult to deal with. He thinks of his mother as “Superwoman” — she became the breadwinner. That means she’s hell to deal with, Jesse explains. He feels sorry for her.

He married a year ago. Jesse urges him to go and forgive his mother, to apologize for resenting her.

Q: Why are you afraid of dying?

11:21 Jesse met with some scientists yesterday. He heard the difference between scientists who included God in it, and those who did not include God. It’s like night and day. The one without God is like Fauci. Jesse may bring them on one of his shows.

Jesse asks: How many are afraid of dying? One 29-year-old man feels too young to die; he got a health scare and tripped out after believing a thought.

Another man Raymond always felt if he were a better person, he wouldn’t deserve to die. The Devil’s busy!

11:25 One young woman says she’s not afraid to die; she doesn’t know what it is, and does not think about it. Before she heard about being present in the moment, she was afraid of dying. As a Christian, she thought Jesus would come and she’d live forever. But she wasn’t living right so she feared death.

Not afraid? (Be aware when you speak)

11:28 Another man doesn’t look forward to the process of dying, whether being stabbed or whatever. He used to be afraid of dying. He had thoughts and worries about where he was heading.

Yet another man says as a Christian his soul is in a perfect place. In altercations, he’d have fear. There are still times people can get to him. He starts to mumble, and Jesse urges him to say it with his chest. Don’t go unconscious when you speak.

11:34 Another mumbling lady says she’s terrified of eternity. She’s as afraid of heaven never ending, as of hell!

Hassan says no, he’s not afraid, because he already died, spiritually. But Jesse means leaving the earth, in physical death.

Yet another man used to be terrified of death.

11:39 A third man was raised Roman Catholic: if you’re good you go to heaven, and if you’re bad you go to hell. Jesse says being raised Baptist, he was told the same.

A man interrupts to say we’re told in the Bible we’re saved by grace through faith. He takes risks; his parents smuggled Bible into China. (He feared them dying or divorcing as a kid.)

The Catholic-raised man speaks more, saying he believes we’re here with a purpose.

JLP: Dying is just a word

11:45 Jesse explains that death is a word that the children of the lie made up to put fear in you. Children of God are not subject to physical words, but the wordless Word. Let words go in one ear and out the other. Do not, do not hold onto words! The Holy Spirit will teach us all things. If you hold onto intellectual knowledge, you will think you know God, but will still have fear, be lonely, and have doubt. Let go of everything — the hardest thing for the ego to do.

These words are made up to deceive you. Experts make up words, whether nice or horrible, to get a reaction from you, to control you.

Do not protect the ego.

11:50 A young lady talks with Jesse about being in the now. She talks about ego death and quotes a poem by Emily Dickenson (sp).

Biblical Q: Do you believe that there are demons?

11:55 Jesse then gets to his Biblical Question: Do you believe that there are demons? Everybody here at this meeting believes there are.

One young lady says yes and no. She sees demons as tainted souls that never crossed over; they have “low vibration” — she’s into paranormal investigation. Asked if she’s seen demons, she says she’s seen human figures, but doesn’t feel scared, although it shocks her.

11:59 One man believes there are demons, but doesn’t know what they look like — because he sees people under a spell. Jesse asks: Do you have any demons in you?

One lady says a black snake (demon) was inside of her; she feels it once pushed her into the arms of Jesus.

Another lady feels she does have demons, as she goes through an emotion that is not her natural state.

A man feels a demonic force gets people to do wrong things.

Did you forgive your mother?

12:04 Jesse asks the young wife: Did you forgive your mother? (Her husband asks how that’s related.) She told her mother she forgave her, but is not sure she actually did. But she is sure she forgave her father; he wishes he’d done things differently. (Jesse likes her accent: She’s from the Netherlands.)

Her husband went many times to forgive his mother who has dementia and fusses.

Jesse then asks the young lady: How can you love God whom you’ve never seen, if you have not forgiven your mother whom you’ve seen? Before you enter the Kingdom, you must forgive. Jesse urges her to FaceTime her mother in Amsterdam. Then you’ll be of love, and love will conquer all.

Anyone or anything that’s unforgivable?

This man will sometimes “ghost” a friend, walk away without addressing them. Jesse urges him to apologize to them for resenting them. The real you has never been hurt, never angry or lonely. Overcome it by forgiving, so God can defeat the enemy within, making a home in you. It starts and ends with you. Love, don’t hate, the people of the world, who are dark, mean, nasty, and evil.

He runs from situations, but says he forgave them in his head. But the Devil lives in your head; you haven’t forgiven them. You don’t talk yourself out of it; the Devil does. So go forgive your mama! You’ll be done with anger, and love will conquer all. The light will shine and guide you, and you will live.

12:21 Hassan says the demons are all the thoughts. When we take on the mother’s mindset.

Jesse agrees. You want to apologize to someone; the demon says, “Not now!” If you want to go to the gym, the demon says, “It’s too early,” or, “You don’t feel like it.” It’s the voices in your head. Satan is pretending to be God. The Devil and his little demons have made a home in you. They live off of other people. Once the light shines in you, they have to depart.

Jesse briefly addresses the man who felt like others tried to embarrass him. The Devil wants you to think you’re in the Kingdom through intellectual knowledge. When you gossip or have fear, you’re worshiping the Devil. In God, none of those things exist!

If you blame anyone else for anything at all, you’re not of God, but worshiping the Devil. The line, “You made me mad!” is a lie. The anger was already there.

You’re worshiping the Devil if you’re unwilling to stand alone, and feel the need to join a group.

Why did God make women hormonal and emotional?

12:28 A pregnant woman says she has hormones and emotions. Jesse says that Satan made women that way, when he convinced Eve not to listen to her husband.

Every breath we breathe and step we take is from God. We should not take credit, saying, “I did this or that.”

Jesse found out that when women go through their cycles, they go crazy. Without anger, every burden is light.

Jesse urges her to do the Silent Prayer: www.silentprayer.video — he says to be still and know God. Observe the thoughts, which are not your own.

JLP finishes BQ: Everybody has demons

12:35 To sum up, Jesse says: Every little thought and feeling you have are demons. Jesse urges: Watch the thoughts; do not run away from them. Watching them is the light of God. The darkness does not want the light of God to shine.

When you want to go eat, or get high, or whatever, don’t do it; stay there and watch it. It’s the light shining on the darkness. We are spirit; everything we do is spiritual.

People judge one another: That’s demons.

12:38 A man asks: What about angels? Messengers of God, can they give us good thoughts? Jesse urges him: Don’t worry about them. We’ve been taught so much, and Satan uses our intellect holding onto things.

12:40 After one young lady talks, another woman says demon means evil spirit. Finally the husband from earlier asks that people not tell his parents that his wife’s pregnant.

New Biblical Q: Accuser outside or inside of you?

12:42 Jesse asks his new Biblical Question: Which is easier for you to deal with: The accuser outside of you, or the accuser inside of you?

Hake answers that yes, he fears death, having thoughts about it.

12:47 Thanks for the support. Become your own man or woman. Stay with the prayer, and watch.