04 Dec Live a Life of Knowing, Not Thinking.

||  See links below for Rumble, podcast, and more.

Ladies, let go of wanting a husband. Men and women should seek the higher level of consciousness of God. And stop thinking you’re Christian!

Church with Jesse Lee Peterson, Sunday, December 4, 2022: Jesse urges the disgruntled father to let his estranged son go: Forgive and forget!  //  For Christmas, do not give out of pressure.  //

MONOLOGUE: Women get into wanting a husband, but they see men are weak. Watch and overcome thoughts. Pray for those who offend you. Women need men who don’t need them. Life works itself out. The feelings you have for a dog or other human being are not love, but from the Devil.  //

Be born of the Spirit, and not of religion.  //  One man took down someone else’s social justice signs, and got caught! He thought he was fighting for Christianity, and that he was being “cunning” like Jesus said to be.  //  Stop blaming others. They cannot help it, just as you cannot. There is a time to apologize for telling “the truth” when you do it to hurt, or prove you’re better. Two devils fighting! Yet you think you’re being like Jesus! The definition of evil: Thoughts and feelings. Live a life of knowing, not thinking.  // 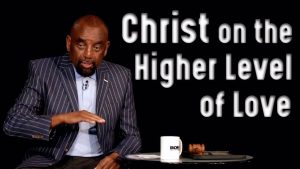 WATCH CLIP  YouTube  |  BitChute  |  Women are seeing men on their level. Watch and overcome thoughts, and pray for your enemy. To men: Women need you not to want or need them.

11:00 AM US PST We start streaming right around the top of the hour.

11:02 The father Alex continues to feel hurt by his son “ghosting” him. Jesse asks him: Why not let it go? He says he’s “trying.” Why are you talking to women about it? Don’t talk to anybody. Let it go! Do you know how? Forgive and forget. All you’re doing is complaining about it; that’s not good. Jesse had to let his son go for 18 years. “I had a ball.”

Jesse tells him his birthday is not important.

Don’t give out of guilt or pressure

11:08 Jesse comments on how blind we are as people. He talked with a few women asking why they don’t have a husband. Every man is down on one woman’s level. She can smell a weak man right away, knowing he wants something from her. With some, she kept hanging with them, thinking she could make them better. She realized she was wrong.

Another woman hates men who have nothing to offer; they always want something, and need them. Women hate men who are in their world, who have not risen to a higher standard. They’re needing the women as much as she needs him. Wanting a husband should be down low.

Jesse’s watched his thoughts, and found they repeat themselves — giving nothing new. The outcomes turn out the same, because thoughts only give low-level thinking, feeling, and desires.

11:13 Jesse has talked with people with problems at their job.

When Jesus came, the whole world was corrupt with Satan’s children. Everybody was a sinner, with vices, hating and trying to hurt one another. If Jesus was into emotions and judging, he’d not have been able to help anyone. Jesus had no emotions — he never got mad when they lied and tried to hurt him, and put him on the cross. He went out and healed the sick, the possessed, the fallen from God. He knew it was not them, but the Devil that made a home in them. That’s why you pray for your enemies.

Jesse’s counseled with hermaphrodites, lesbiand, homosexuals, men and women who cheated. It’s all the same spirit.

11:19 Women need men who don’t need them, who demand the woman come into the man’s world. Women need men to be men, not who cater to them, buying them stuff.

If you listen to a thought, all it’ll ever do is put you in one bad situation after another.

Christ never tried to hurt anyone. As a man, you wouldn’t get angry if things didn’t go your way, because you don’t have “a way.”

(SORRY FOR THE HOT MIC IN THE STUDIO, HAKE AND BILL DEALING WITH TECHNICAL ISSUES!)

11:32 A lady gives some feedback, and Jesse talks more.

11:34 Jesse says: Ladies, you don’t need a husband! Let that be the last thing on your check-off list.

A man talks about calling yourself a Christian when you haven’t forgiven. Jesse you can’t make yourself be born of the Spirit. Run into the storm. Consciousness is the light of God. When you eat, try to remember while you’re eating. If you eat in consciousness you eat differently. Work on you. You have work to do.

Going through shock and staying aware

11:37 Jesse talks with a man about going through the shock, and practicing being aware, rather than running away from it. A little bit of “taking it” will remind you, and give you more wisdom. The man suggests that then you don’t dwell on it. Once you take it and go through it, you forget it! Then you can face a person like nothing ever happened.

Taking down Social Justice signs: Ideas of being “Christian”

The man talks about the shock of being confronted when taking down “social justice” signs. He was doing it in a cunning way. Jesse told him: You’re evil. Jesus doesn’t care about the signs; it’s the spirit. Any idea about Jesus or God are all wrong. Why didn’t you apologize?

The man was thinking they were promoting something evil, and he felt he couldn’t stand by and let it happen in his neighborhood.

11:44 Doug points out the man was thinking and feeling better than the other person. Thoughts use the Bible against you! (The man pictured himself acting like Jesus, disappearing into the crowd.)

The man asks how to communicate with God. By being still, Jesse says. He asks about different verses about prayer and asking of God.

Thoughts and feelings are deceiving; Cunning

11:55 Doug also asks: How do you know when someone’s getting bullied? The world was turned upside-down when people reacted to a video (George Floyd / Black Lives Matter riots). Thoughts are deceiving — Jesse likes the word “cunning.” One cunning woman can tell when a man is being cunning with her.

The man talks about “J6” persecution — Jesse points out that if they were not angry and overreacting, they’d not be in their situation.

Jesse brings up a scenario in which your sister is being beat up by your brother-in-law. You beat him up, when she’s the one who started it! Or you get involved, and she doesn’t want you involved!

12:03 We can’t judge one another. You get the same thoughts and feelings as others — Jesse saw a couple of drag queens the other day.

12:04 Franky recounts talking with a plumber, making his head hurt with questions about how something happened.

Lack of love: Apologizing for telling “the truth”

12:06 Jesse says: Watch yourself and how you’re feeling around others. It’s not their fault. Stop blaming. Everybody’s blaming everybody nowadays.

12:07 James asks one Live Chat question: “Should you ever apologize for telling the truth?” Yes, if you are thinking you need to apologize, it’s because you were saying it to hurt, and not to help.

Real love vs. feelings from the Devil

12:10 James asks another Super Chat question: “So if the love for a woman that bears your children and is your wife is the same love as caring for a cat or dog, when is it true love? Is the only true love the love for God?”

12:13 A man asks about fighting for the right laws. Jesse goes back to his taking the signs, and the fact it wasn’t about love for the people whose signs they were. If you have anger, you’re anti-Christ.

12:18 Doug says most Christian churches don’t care about abortion. Jesse points out they don’t love the women; they let them become “preachers,” and don’t correct them!

Life of knowing, not thinking

12:22 Jesse talks with a young lady. The thoughts are all ego. You want a life of knowing, not thinking.

Two Devils fighting, trying to prove they’re better than others.

12:23 A man asks about battling signs with better signs. But you don’t want to be two devils fighting.

12:29 A man asks the definition of evil: Thoughts and emotions. He shares a quote about good men doing nothing.

12:30 A young lady talks about right and wrong with Jesse. You want to have love, and not be trying to prove that you’re better.

12:32 James asks a Chat question: Is it wrong to try to be like Jesus?

Never argue with the Devil. Jesus never did.

Kanye, “love” for dogs and women

12:37 James asks a question from a “member” in the Live Chat about Kanye West (“Ye”). Jesse doesn’t know the real situation with him, but he knows God loves everyone.

12:42 Guys, and ladies, go and forgive, and rise up to the higher level of consciousness of God. Be willing to stand alone.

When you’re in your thoughts, you’re on the same level, repeating the same old thing. So keep your eyes on yourself. Pray for one another. Anybody trying to hurt you has no love; pray for them. Don’t try to hurt them back. We are possessed in the mind with spirits: Sex, drugs, alcohol, judgment. The power of love will destroy it for you.