(BOND YouTube Premiere July 1, 2020) Sunday Service, October 18, 2009: Jesse Lee Peterson has a woman read Deuteronomy 28: 15-46, picking up from last week on the curses alive in America today. Two weeks ago we discussed the failure of the black church, and this is an ongoing theme. We talk about morality, the relationship between men and women, parents and children. Jesse talks at-length with a woman about the sin of anger. Hatred and resentment are the same thing, but one sounds nicer than the other. She has difficulty accepting the truth, but asks good questions. Some people cannot see. 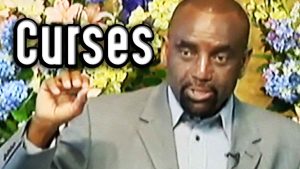 CLIP: Curses on Blacks and Whites in the USA (18 mins)

Jesse has a lady read from Deuteronomy 28: 15-46, in which God lists curses upon people who do not obey His voice. Notice these things in your personal lives. These are seen prominently in the black community in America — in Detroit and elsewhere, with false leaders as “kings” (and “queens”). People are bringing these things upon themselves. It’s seen with the effects of immigration and other things on black employment and exploitation. The loss of character too is spreading amongst white Americans. The root is sin — anger. You cannot play god even a little bit. Any judgment is enough to destroy a nation. 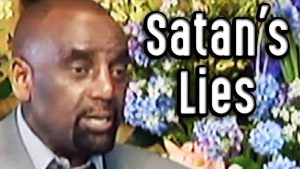 CLIP: You Cannot Be Born Again and Resent Your Father (21 mins)

Jesse talks about the signs that you have been born again: You have perfect peace, and you deal with the world differently. The lie is that you continue to sin after being born of God — the major sin is anger. One lady in church challenges Jesse, saying that sometimes she is angry with her father. So Jesse talks at length with her about resentment and forgiveness.