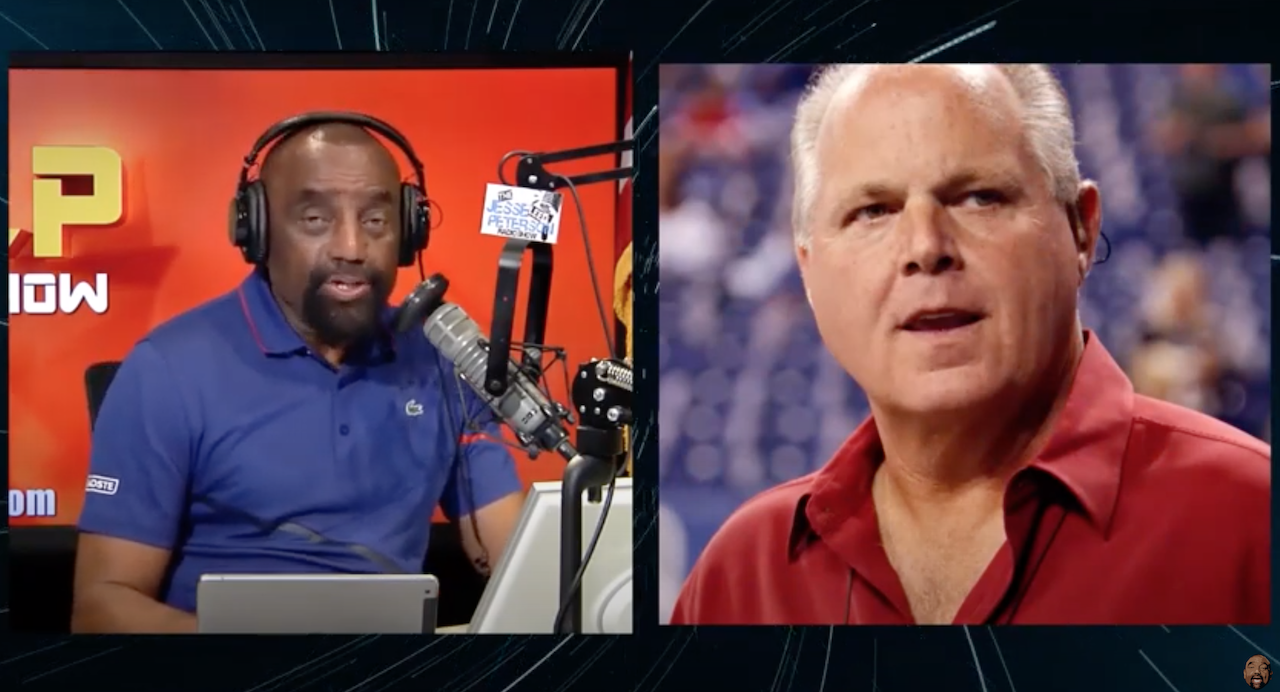 LOS ANGELES, CALIF.—Rev. Jesse Lee Peterson Founder and President of BOND (Brotherhood Organization of a New Destiny) today issued the following statement honoring the life of the late great conservative broadcaster Rush Limbaugh. Rush’s wife Kathryn Limbaugh announced at the beginning of Wednesday’s radio program that he passed away at the age of 70 due to complications from lung cancer:

“Our condolences go out to Rush Limbaugh’s family and his staff. Rush was a true patriot and the most influential broadcaster in history. Rush launched his radio career more than 30 years ago around the same time I started BOND. I have been a fan and an admirer from the beginning. Rush was brilliant, honest, bold, and entertaining. He used his amazing talent (on loan from God) to build a powerful and loyal audience that loves America. Rush had a gift for presenting news and breaking down information to get to the truth. He really was America’s Anchorman! Rush used his program, best-selling books, and his website to inform, inspire, and entertain millions. Rush educated us about freedom, capitalism, and about our nation’s amazing history, the Founding Fathers, and about our important founding documents: The U.S. Constitution and the Declaration of Independence.

“For 32 years Rush singlehandedly took on the corrupt liberal establishment media and the Democratic Party exposing their anti-American bias and lies. He was hated by the children of Satan who don’t have love, but they couldn’t stop him. Rush was an example of how all Christian men should live: without fear and with perfect love. Rush was AMAZIN’! He will be missed, but will never be forgotten. May his soul R.I.P.”

Rush Limbaugh was awarded the Presidential Medal of Freedom by President Trump during the State of the Union address on February 4, 2020, the day after he was diagnosed with lung cancer.

Watch Jesse honor the life and work of Rush Limbaugh:

Rev. Jesse Lee Peterson is the founder and president of BOND, a nonprofit organization dedicated to “Rebuilding the Family by Rebuilding the Man.” He is an author, media commentator, columnist, and national radio/TV talk show host. For interview requests call (213) 804-1872 or (323) 782-1980. For more information visit Jesseleepeterson.com and Rebuildingtheman.com