Don’t live together or have sex outside marriage! A white man apologizes. Weak men and the lack of black and Hispanic fathers. What are the steps to believe in Jesus? Get over pleasure. Did God create sex?

At the beginning of Church, Jesse had Kelly and her daughter play guitars, and she sang a song.

Jesse opened up by saying he never knew he’d see young people waking up when he started BOND 29 years ago. Thank you all.

Jesse also urges people to live right — do not have sex before marriage, and do not live together. As Christians, you have to set the example, because the world is judging you when they see you doing wrong. One woman said she lives with her daughter’s father, but they never married; now they’re no longer having sex. The daughter wants them to stay together so that she doesn’t have to go from house to house.

WHITE MAN REALIZES HE WAS WRONG TO BE ANGRY

A white man whom Jesse had to put out of the meeting last week for being disruptive — he returned. He called Jesse during the week and apologized. He said he realized he needed to forgive Jesse — he was angry because he thinks Jesse is wrong about President Trump. He’s very concerned about what’s happening in Israel, and it was affecting him. It’s okay to be concerned about issues, but do not be angry. 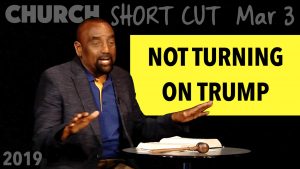 Watch 3-minute Short Cut: White Man Apologizes After Being Thrown Out of Meeting

INSANITY IN THE WORLD

Jesse mentioned a couple of news stories. A couple of black males became “transgender” and competed as though they were girls — against real high school girls. They won races and broke records, but the schools just go along with it!

A male wrestler was going to wrestle someone at an event, but then realized he was going to be wrestling a girl — and he refused so he forfeited the match. Good for him — we have to stand up and say no to wrong.

A little bit later, a young lady joining us for the second time said she used to wrestle in high school, and sometimes wrestled boys — sometimes even beating them! She admitted she used wrestling as an outlet to release her anger at the time. Her father also joined her at Church, but he normally goes to a bigger, more standard Christian church.

WHAT ARE THE STEPS TO BELIEVE IN JESUS?

A young man asked Jesse — about when he said, “I am the Way, the Truth, and the Life….” Some people wonder how we should see Jesus, and even whether we should pray to Jesus or to God. One man said that Christ taught us how to pray and set the example, praying to “Our Father….”

Jesse asked how many people believe in Jesus. Then he asked his new Biblical Question for this week (which someone answered perfectly later in church, so we may have to change it). What are the steps to believe in Jesus?

A man originally from South Africa joined us. He says as an athlete running or playing rugby, he’d talk to God. He’s engaged, but his fiancée already wants to move in — and he’s sleeping with her! He’s concerned because all of his married friends are miserable, although they’re not Christians. But neither is he if he’s having sex out-of-wedlock!

ARE HUMAN BEINGS CREATED TO DIE?

Some people believe that it’s normal for human beings to die. But God did not create us to die. The problem is, human beings suffer because they do not take care of themselves, they go into sin — the only thing killing us is the sin.

THE DECLINE OF BLACK AND HISPANIC MORALITY

A young Hispanic man asked why people of color are so “braindead.” It’s because they don’t have good fathers. Hispanic people have followed the way of blacks, even knowing that blacks are not doing well for it. The men are weak. If men came back, the madness would stop. Tell people the truth, but you cannot make them receive the truth.

This man complained that Hispanic women disrespect Hispanic men and use them for money. He’s been dating white women because they appear calmer. But Jesse warns him that white women are mean too — just in a different way. And you should not run away from challenge, but face it. Hispanic women need Hispanic men to be strong and set an example. Date them, but don’t have sex, and be an example. Don’t run away from problems.

Women hate weak men, but women are wrong for having hate for weak men. If they did not hate them, they would not suffer for it. 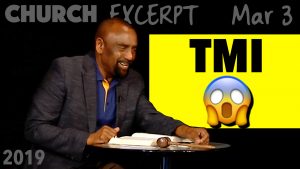 Watch 17-minute Excerpt: Woman Is TOO Into Sex, Feels “Off” During Monthly Cycle

One woman said that good men disappeared. She married a Brazilian man whom she said is a good man. They had sex, but never had kids, and five years into the marriage he told her that he did not want children! But she did want kids! And now they do not have sex. She now seeks pleasure on her own, and says she likes sex. Jesse warns her that women who seek pleasure in that way are becoming men.

She talks about feeling “off” during her monthly cycle as a woman — she’d even leave her husband sometimes to hang out with her girlfriends who understood her. Some ladies say this is the only time they have anger.

She smokes pot sometimes as well! Jesse tells her to do the Silent Prayer http://silentprayer.video 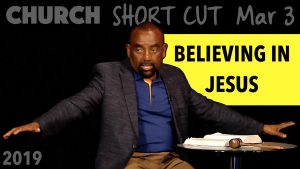 Jesse answered Facebook questions from New Zealand, as well as from Joel, Michael, and another young lady about her ex-boyfriend. One woman points out that more “traditional women” in other countries will also have the angry spirit that loud women in America have. You have either love or hate — around the world, people have the same spirit.

A white man talked about people being asleep in a fallen state, marrying with the wrong mindset — sometimes people not even realizing that their husband or wife doesn’t want children! Marriage is for starting a family. He also answered the Biblical Question perfectly, about how to believe in Jesus: Realize you’re wrong.

Finally, Jesse answered last week’s Biblical Question: No, God did not create sex! He created the body part, but human beings are not supposed to be seeking pleasure. Men and women are in a fallen state so that they can come together to have children. Then they are supposed to come out of that fallen state and get over sex and pleasure — and return to God. 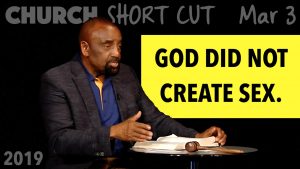 Watch 1-minute Short Cut: No, God Did Not Create Sex.