Church with Jesse Lee Peterson, Sunday, June 7, 2020: What is systemic racism? Racism doesn’t exist. Open letter to President Trump from Archbishop Carlo Maria Viganò, on LifeSiteNews: Eternal struggle between good and evil. (NOTE: AUDIO GOES OUT IN THIS SEGMENT! SORRY!) Biblical Question: Do you see yourself as an important person? Also, the new Biblical Question: If I’m born in America, and I’m not white, am I a minority? Some great conversations on anger, forgiveness, and serving God or the Devil.

A young man originally from Kentucky joined us for the first time, as did others. One asks how did Jesse get started with BOND? Most Christians aren’t real Christians, and don’t like Jesse!

Did you bow to Black Lives Matter?

What Is ‘Systemic Racism’? 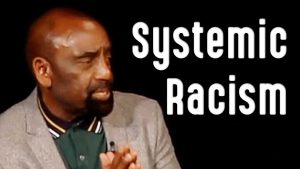 What is systematic racism? Is it really economics? A Taiwanese young man says that he thinks racism is good, but Jesse points out that it does not exist! It’s not wrong (or “racist”) to want to marry within your same race and have children who look like you. People who marry outside their race often hate their parents and want to get away from them — not knowing that their problem is spiritual.

Jesse asks one lady about forgiving her mother.

One man thinks he is influenced by God and Satan, because of his flesh. Jesse asserts that’s serving both God and Satan. 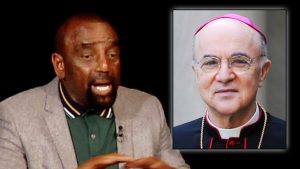 Jesse’s Church producer, James, reads an open letter to President Trump from Archbishop Carlo Maria Viganò, available on LifeSiteNews (also available on PDF). NOTE: We had audio issues with the video feed at this point. He’s a Catholic priest who writes about the battle between the children of light and the children of darkness. The eternal struggle between good and evil is illustrated in the government and media response to the Covid pandemic and the race riots around the country. Just as there is a deep state, so there is a deep church — false preachers who serve the Devil.

Do You See Yourself as an Important Person?

Jesse finally discussed his Biblical Question: Do you see yourself as an important person? Several people respond before Jesse talks about the illusion of importance. People don’t see each other as important except when they want something from you. But once they get what they want, they see and treat you differently. Or once they disagree with you, their view of you also changes. People don’t even see President Trump as important. One man asks about importance in the workplace. Another man believes he’s important to God, but not to other people. We’ll have to talk about that next service! 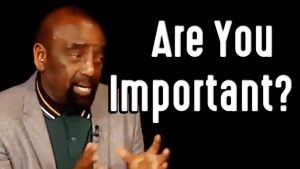 CLIP: Do You See Yourself as an Important Person? (9 mins)

Jesse’s new Biblical Question: If I’m born in America, and I’m not white, am I a minority?

Make sure to support BOND rebuildingtheman.com/donate

We also offer private counseling rebuildingtheman.com/counseling Call BOND, 323-782-1980. We do counseling via Skype, phone, or in-person.

Thanks for joining, watching, and listening!