Church with Jesse Lee Peterson, Sunday, May 10, 2020: Have a “wait and see attitude” with the Ahmaud Arbery case (the Georgia “jogger” shooting), and with all things in life! (Don’t be like LeBron James!) Biblical Questions: What is wrong with having sex out-of-wedlock? Next: Do you see yourself as a son or daughter of God?

Have a wait and see attitude with the Ahmaud Arbery case. Did you hear about the mail lady in Indianapolis killed by a black man? But deceivers like LeBron James make a bigger deal out of the black man being killed by whites. Overcome culture. Be a light, as children of the light, by returning to God. Know thyself! That’s the theme today. Know thyself and have a wait-and-see attitude about everything, whether for a job interview or whatever. 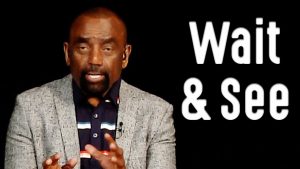 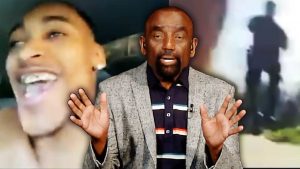 Jesse answers some online questions about free will (we don’t have a free will), not being tricked by the lies (as he once was), and whether we should give to the homeless.

Andrez from CA tells of moving out of his mother’s house, being homeless, working, and confronting and forgiving his mother. She told him something negative about his father, and she’s been defensive about doing her best for her son. His uncle called him — she’d sicced his uncle on him! She asks if she should have aborted him. She had texted him that she was sorry she messed up his life, but changed the subject when he called her about it! If you love your father, you love God.

Then Jesse answers more questions about free will (people think they’re God), and about feeling drained by people’s fake love and laughter. You only need but one or two friends, and even if not, it’s okay.

Patrick from NYC calls in about the Biblical Question: What is wrong with having sex out-of-wedlock? He tells about seeing girls in tight clothes and this taking his mind off-track, distracting him. He says that it reverses the order of God.

Eric from Sweden talks about the Biblical Question and his girlfriend / fiancée breaking up with him yesterday. They’d been having sex out-of-wedlock, and she’d moved in due to the pandemic. He realized he wasn’t doing things right. They played a role at one point where she pretended to be a helpless lady with a bug on her, but he stopped having sex with her two months, and so told her to take care of the bug herself. Her demeanor changed and she said he’s not her hero. He asks if he was born again after he forgave his parents two years ago, yet fell.

We talk about other questions and comments from “Super Chat” donation messages. It’s amazing to wait and see.

TJ from Atlanta, GA, talks about waiting and seeing — she’s from Georgia where the shooting took place. She also answers the Biblical Question about controlling men with sex. The women are using the men, and vice versa!

Adriana from OC, CA, thanks Jesse and tells of great developments with her son’s father and with her son!

Eric from somewhere, I think, talks about sex out-of-wedlock and pornography.

Finally, Jesse answers the Biblical Question! You’re looking for a father’s love, not sex. You make the woman your god.

THEN: The new Biblical Question: Do you see yourself as a son or daughter of God?

We take a final couple of calls, and Jesse gives some encouraging closing remarks. Do the Silent Prayer! Jesse doesn’t miss it.