Church with Jesse Lee Peterson, Sun. 5/24/20: Jesse turned 71 this past week! Jesse tells the story of a mother who tried to turn her son Lucas into a girl! Men get their anger from their mothers. Biblical Question: Why is stillness so important? Take the pain but don’t give it a name. (Jesse answers at the end: Overcome passion so that you can handle distraction.) Callers touch on anger, forgiving parents, and misguided churches. New Biblical Question from Jesse: When people tell me that I’m going against my people, who are my people?

Jesse’s 71, thank you for the birthday wishes! 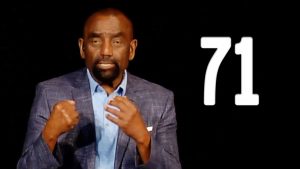 CLIP: Thanks for B-day Wishes for JLP, Still Working Out at 71!

Allen West was in a motorcycle accident. He should be recovering. We wish you well!

Story of a ‘Transgender’ Boy

Story: A young man Lucas lived overseas with his parents in Europe. At 8, his father and mother broke up. She went to the USA with Lucas. She and her mother (his grandmother) told him awful things about his father, which he didn’t remember. She started convincing him to be a “girl” and LGBTQ. They’d watch drag queen shows… including the black one, Rupaul. She changed her son’s name from Lucas to “Lucy,” put him in dresses and makeup. She kept him out of school until age 12, when she sent him to school as a girl.

The school knew he was “transgender,” and everyone treated him as a star, as a “girl.” The mother tried to set him up with a gay person hitting on him. An untrue article came out, and he decided at 16 not to be transgender. The father didn’t have male authority over the mother. He realized the mother was lying. How wicked! A mother doing that to a child! It seems popular now, accepted by school teachers and others. 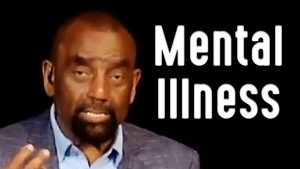 Biblical Question: Why is stillness so important?

Jesse talks about pain and the spirit that makes a home in you. In that fallen state we are possessed of a spirit not our own. It’s in your body, so it feels like you. Take the pain, rather than escaping into success or other things. Take the pain but don’t give it a name, such as “mental illness,” anxiety, etc. If you are weak, then you will be strong. Your ego will die and the real you will come alive.

Satan has to bring you out of the present, into a false past or imaginary future to make you feel those things. Don’t even call yourself a drug addict. That’s not who you are. You relied on physical things rather than your Father. Satan talks to you.

The battle is not with other people; it’s within you. 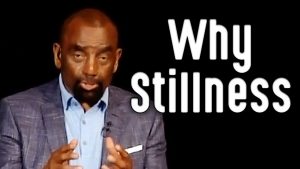 CLIP: Why Stillness Is So Important (10 mins)

James reads a “Super Chat” (donation message) question about having a good attitude. Jesse tells of a breakthrough with his sister. He told her how to do the Silent Prayer.

Another Super Chat asks to explain relaxing in the pain in the soul of the belly. Joel, Franky, and Jesse address this.

Caller: Patrick in NYC says stillness helps a man access courage and strength. He doesn’t do the Silent Prayer as much as he should, he says. Jesse talks about the importance of prayer.

Caller Josh in GA answers the Biblical Q: It connects you with your intuition. He forgot where he left his keys until he paused once.

Question: Did Adam have anger given that he was not born of a woman? He was born of a woman once he believed Eve who believed Satan. He had no anger prior to that. Men hate women — any man who has anger is a woman! That’s why you see men who feel like a woman. A friend told Jesse about seeing a man with surgically-made women’s breasts with his shirt off at the beach!

Samuel from Sweden talks about being honest and answering questions directly. He also answers why stillness is so important.

Jesse talks with Chris, his social media guy. Jesse tells about going to the bank with an expired driver license. Why is that important to the bank?

Franky, Joel, and another caller make some comments.

Clinton from Alabama sings “Happy Birthday” to Jesse. He tells about his youngest son crying that he doesn’t want to play baseball — he said he was only playing because his father called him lazy. Satan got to his mind at 11 years-old! He was doing it out of anger, and not for himself. Now he’s happy.

Questions: Do you have to respect someone to love them, and vice versa?

James reads more super chats. Jesse and Franky talk about Catholics casting demons out of homes, and laying hands on people, and healing them.

Jim in Salt Lake City, UT, asks about intrusive thoughts. He answers Jesse that he hopes he forgave his parents, but still has not gone to them. He seems to have pain in explaining why not.

TJ from Georgia talks about her church again which she left. A lady there celebrated when Trump was impeached. Jesse tells about leaving his church. If you’re not sure what to do, do nothing. Also, don’t judge, gossip, or listen to gossip, about the preacher or the lady.

Jesse asks people who’ve been helped to donate and support — some people don’t! We have counseling as well as The Fallen State.

Jesse gives his two cents on why stillness is so important. You’re not bothered by things. You’ll overcome passion and overreaction. People are so emotional and can’t handle any distraction! (Joel asks a question about getting into homework and writing essays. Be still and overcome the world, and you’ll naturally have a space between you and everything and everyone.)

Next Biblical Question from Jesse: When people tell me I’m going against my own people, who are my people?

Do the Silent Prayer.

Reflect and be grateful for the Soldiers