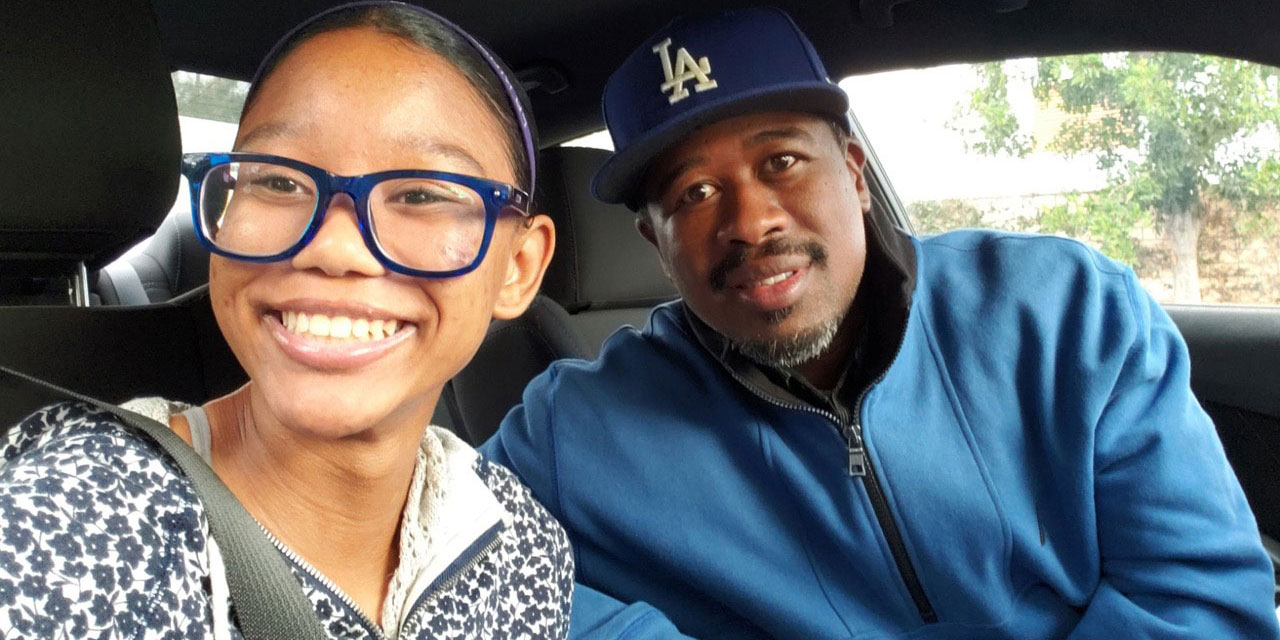 20 Feb A Father and Daughter on How BOND Helped Them

Derrick and Zara have attended Church at BOND over the last year. Derrick is a regular listener to The Jesse Lee Peterson Show and our other programs. Here’s what he and his daughter had to say about their experience with BOND and Jesse:

I understand now why I resonate with “Rebuilding The Family By Rebuilding The Man.” Men are the catalyst. Without God, Christ or Man there is no structure.

BOND is a happy family that I am proud to be a part of. Ever since I’ve gone to BOND it has helped me in so many ways. I’m starting to get less angry and starting to notice the world around me. Evil has been following me around every step of the way ever since I’ve been doing the silent prayer, but I notice what he is trying to do.

BOND has had such an impact on me and the way I handle things. Jesse has always talked to me about how school is and what has happened (any big events), and what to do in the situations I have been stuck in. It has been a pleasure to be a part of BOND, and the services it offers. Thank you so much.

Go back to the BOND Testimonials page.