Jesse starts out telling mothers that it’s evil when you treat adult kids as though they’re still your children. Today marks the 30th anniversary of BOND! We’re planning a celebration September 26th. Jesse talks with first-time visitors about forgiving mothers, relationship with a beta male boyfriend, apologizing to a Japanese ex-husband. We talk about the talents and shortcomings of millennials and Zoomers, and how boomers, whites and blacks, gave up on protecting their children.

A man from New York living with his daughter’s mother does not know much about prayer and religion. She has extreme anger and he took her to the cemetery to forgive her dead mother, but it didn’t seem to work. His dilemma in his mind: should he marry her or surrender his daughter? (Jesse’s Church producer James reads questions from YouTube live chat.) 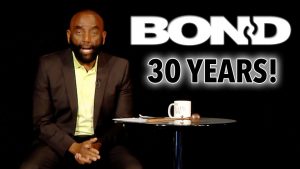 About halfway through, Jesse addresses the Biblical Question: Are you a cadaver or a lamb? Several people answer before another newcomer asks questions about the previous generation and how to overcome weakness. She married a man who has a painful illness, and asks how to overcome anger. She’s nervous about letting her parents know she does not resent them for their past mistakes.

Jesse later gives his answer to the Biblical Question, telling a story of Jesus with his disciples seeing a Samaritan with a lamb. He said as long as the lamb is alive, the man will not eat it. But once the lamb is killed and becomes a dead body (a cadaver), then he will eat it. A lamb represents love, innocence, power, and God. But once your heart is hardened, you become a cadaver, and the world can eat you. Stay in the quiet place. If the world causes you to become immoral or hateful, then they control you and eat you. Anyone with anger is a cadaver. You get your innocence back by letting anger go, living a free life.

A young woman Victoria talks about truly facing and forgiving her mother, prompted by one of the BOND guys, and thanks Jesse. James reads all of the Super Chats, and Jesse asks his new Biblical Question: Are you the sum of all your highs and lows?

A couple of announcements: We’re looking for a graphic designer, as well as a reader for an audiobook.