Sunday, May 3, 2020, Church with Jesse Lee Peterson: How to develop faith: Endure trials your enemies bring upon you, and doubt every thought. Last week’s Biblical Question: Why is it easier for people to believe the lie rather than the truth? One man calling-in says that the truth is painful and that people are afraid of the truth — which prompts discussion and the next Biblical Question! He also says that he tries not to do wrong, which is also noteworthy. Callers and staff try to answer: What’s wrong with sex out-of-wedlock?

Longtime BOND guy Francisco (“Franky”) gives a brief opening message on the Sabbath, its background and its place in the 10 Commandments. (He also spoke on Easter Sunday as well as last week.) 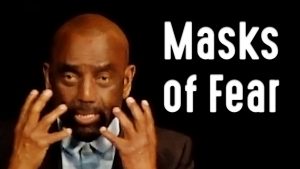 Jesse then talks about the straight and narrow path… Faith is your foundation; with faith all things are possible. How to develop faith: Endure trials your enemies bring upon you, and doubt every thought. Most of the time your enemy is the person who’s closest to you: friend, wife, husband, family member. There’s a new world, a new reality, a new heaven within. People are lying to you. Seek first the Kingdom… and stop overreacting! With overreaction to this Chinese virus, it shows a lack of faith. You’re okay in the sunshine!

Jesse talks about Rick from Arizona or Vegas or somewhere, a syrupy snake! Two young guys are following him. They seemed to wake up, but they started getting deceived by him… 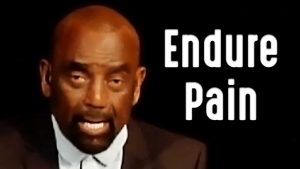 CLIP: How to Develop Faith: Endure Trials from Your Enemies (11 1/2 minutes) — available Tuesday 5:15 AM Pacific Time

Mike from Vista, AZ, answers the Biblical Q and tries not to do wrong.

Another caller asks about believing an apology after a spouse cheats (based on a call from the radio show last week). He has trouble because he says he doesn’t believe Jesus existed, but Jesse talks about being born again which implies believing in Jesus. Jesse explains it.

A caller from Martinez, CA, took his daughter to the beach. There was another caller too, I think.

Is the truth painful?

Jesse asks: What does it mean when people say that the truth is painful, or that they’re afraid of the truth? James and Franky try answering.

Jesse addresses some Bible thumper disagreements and a disagreement about apologies after adultery. Jesse also responds to more Super Chats about faith, fasting, and living of the spirit.

Tory from KY: Do you fear the truth? He talks about being challenged by Jesse about sex out-of-wedlock and forgiving his parents. He said he knew it was wrong but became painful. He wanted his girl to stay liking him. His father died and had six kids. His Uncle Bruce (he dead!) had 33 kids, including many out-of-wedlock! Tory’s oldest 33-y-o son is in prison for 6 years now!

Jesse asks Tory: What is wrong with sex out-of-wedlock? In the middle of the call Jesse has Esteban, Joel, and Chris answer whether it’s wrong and why. Tory talks more about his kids.

Assignment: Endure every trial this week

Great call from Mister Few from TN. Then Jesse encourages people to endure every pain this week from your enemies (as he mentioned in his opening monologue), watch and pray.

I think the new biblical question is: Are you afraid of the truth? If so, why? And is the truth painful? Also want to know why sex out-of-wedlock is wrong.

Last couple of callers: John from North Jersey last time thought he lost everything, but just lost a job. Now he has another one. Be as grateful for this job as the one you lost. We should treat the low the same as the high — they’re both imposters.

Philip from Sweden asks a couple of intellectual questions: If only a few are going to enter the Kingdom of Heaven, then why even tell the truth and be an example? Why doesn’t God just save the people directly and not have other people bring the message? He’s God, he does what he wants! Don’t let Satan pull you that far out.