(BOND YouTube Premiere, 7/29/20 Weds. 4 PM US PDT) Sunday Service, November 15, 2009: Jesse Lee Peterson reminds everyone of the year’s theme, to Endure. He introduces church by telling the story of an independent film he watched, The Crossing Guard, by Sean Penn, starring Jack Nicholson. **SPOILER ALERT** (Jesse also tells a ghost story related to the movie The Shining, which also starred Nicholson, in which Jesse visited the actual haunted hotel in Colorado without knowing it!)

But Jesse makes the point that men are following women, making them their god. They are into sex, alcohol and drugs. They’re weak. And this leaves the women angry and resentful. A young man in the congregation resents his father and mother. The wrong spirit of the parent affects the child. 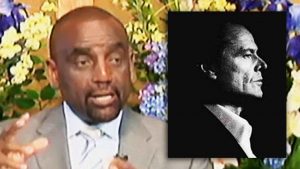 CLIP: ‘The Crossing Guard,’ and Men Who Need Women (18 mins) 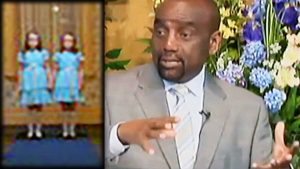 CLIP: JLP Stayed at Hotel from ‘The Shining’ (4 mins)