Church with Jesse Lee Peterson, Sunday, November 8, 2020: We did not take calls today. A white man from Texas brought his black wife and some of their children. Jesse witnessed a “Knockout Game” attack! Beware. People comment on the election and how the world is reacting. If any man says he knows God and still sins, he is a liar. Get up in the morning, be still, and know God. One young lady does not realize she has anger. Donald Trump, in dealing with evil, is a perfect example of what we as children of God should become.

Toward the end, we answer the Biblical Question: What does the cross symbolize to you? We also read from Romans 12, verses 1-2, about how God will renew your mind.

A man and his family

A white man joins us from Texas with his black wife and their children, including a stepdaughter. He says Satan talks to him about the election, but he does not listen, and is waiting for the official result. Jesse talks with his wife who the man says disrespects him and needs to forgive her mother. The man accuses her of lying when she says that she has not had time to go and forgive her mother. So Jesse urges her to FaceTime her mother, in order to help bring their family back to order.

This man also asks about dealing with his weight. He does not do the Silent Prayer, nor does he work out. Do the prayer. 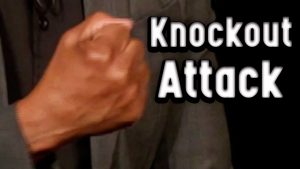 The other day while driving in the neighborhood, Jesse witnessed a white man getting knocked out by a young black male. The culprit appeared to be in his 20s.

Another man had a friend who lost his sight in one eye after being attacked as he walked up to a bar.

A young lady black Victoria asked whether she should tell the truth to people celebrating the supposed results of the recent election. She has sensed the tension in people lately, and feels concerned about possible physical assault by unstable people.

No one born of God sins

Samuel (the Mexican carwash boy) describes his experience talking with people at a rally. He wore his “Stop Having SEX Out-of-wedlock” T-shirt from Jesse Lee Peterson’s store. Some Christians he encountered believe that because of “the flesh,” one continues to sin even after being born again.

(Note: Teespring recently deleted Jesse’s store — but they left intact the stores for The Fallen State and BOND. However, Jesse’s Teespring is where we had the “Stop Having SEX Out-of-wedlock” products. So we are updating an alternative store with his designs. We will update info and links on https://rebuildingtheman.com/stores webpage.)

A young lady talks at-length with Jesse about a personal struggle in dealing with people, and having “attacks,” arguing with her husband. She tells herself that she will not judge herself.

A man speaks on the fakeness that he sees in people acting like the election is over.

Another wants for a recount in California and New York. Jesse urges real Christians to run for office, so that we can bring the values back.

A young black man Marvin from Boston joins us.

A young teacher lady complains that someone on her social media verbally attacked her physical features, and it hurt her feelings. She accidentally said the N-word while live on Instagram. When someone overreacted and insulted her, she responded with a “sad face” emoji. But you should not care about things that “mean” people say.

Samuel says that people doxxed him, finding his address and freaking out after he expressed gratefulness for white colonization of America.

Get up in the morning, be still, and know God

In talking with Adriana, Jesse says that good and evil will not unite or get along. Evil took over, and now rules over the people of good. But good must take over in America, so that we can control the people of evil.

Adriana says that she used to do the Silent Prayer for 30 seconds. You need more than 30 seconds!

A young lady does not think she has anger

A young lady joins us for the first time, invited by her male friend. She talks about spreading truthful political messages on social media. Jesse asks her if she has anger. She admits to getting upset, but does not think she has anger.

To this day, she lives with her mother. In her teen years, she would act out, and resented her mother at times for pushing Christian values on her. Now she admits that she’s just like her mother. Jesse tells her that her mother recreated her in her image, and that she should ask her father why he did not protect her.

This young lady believes that her mother was already reborn when she raised her. But if she’s truly born again, she will handle being forgiven perfectly. But if she’s just a Bible thumper, watch out!

She disagrees with Jesse on some things, but feels like she needs more context.

A young man says that his educated sister is visiting Los Angeles who has gay friends, and she disagrees with the order of God. Just have fun. You cannot convince people.

Donald Trump is a perfect example of what we should become

A man asks about the constant battle that President Trump faces by evil. Chris and Jesse explain that we should be a living example for the world to see. When you face a challenge, just relax and overcome it. Don’t worry. We’re going to win this battle. It’s not over yet. Don’t get all into Trump, but observe him. Have a space there, so that you do not turn on him when you disagree. Always have a little space between everyone.

Other people also make comments about the President. The children of the lie are going nuts. So your enemies will act toward you.

What does the cross symbolize to you? Many people respond, and then Jesse answers. Catholics used to cast out demons from people, but do it less so today. On TV, Jesse heard a Catholic leader explain that with the cross, Jesus said: It is finished. Christ took the sting out of death. Satan has no power, but can only deceive you so that you kill yourself.

A young man Levi recounts forgiving his mother. Levi’s father said that the mother was desperate to get back control, making accusations about the father and everything.

A little girl asks about how to deal with thoughts which are from Satan. Jesse tells her not to be angry. She says she forgave her biological father who made her out-of-wedlock.

Thanks, all! Voters, stay calm. Jesse tweeted that somebody told Joe Biden that he won, and he believed it, because he’s senile.

After people applaud at the end, a man reads Romans 12, verses 1-2. God will renew your mind.